Real estate has topped the charts as the premier investment alternative for the wealthy in the U.S. for 2014, according to Morgan Stanley. A survey released in early February by the New York-based investment bank’s wealth-management unit stated that about 77 percent of investors with at least $1 million in assets own real estate. Fully a third of the survey participants said they plan to buy into the real estate market as investors in 2014. An article published on Bloomberg.com reported, “direct ownership of residential and commercial properties was the No. 1 alternative-investment pick for 2014.” Click here for full article.

There are a number of factors motivating the wealthy to look at investing in residential and commercial properties. Firstly, property values are on the rise. In fact, U.S. values have risen 8 percent between January 2013-January 2014 and an impressive 71 percent from the post-recession lows in 2009 as reported by research firm Green Street Advisors. “After a year where the Standard & Poor’s Index rose 30 percent, some millionaires are moving money out of traditional, long-only strategies… and turning toward alternative such and real estate and private equity,” said Gary Kaminsky, a vice chairman at Morgan Stanly Wealth Management.

Stable interest rates are another reason many investors see real estate as a secure alternative to the traditional stock market. Stock prices continue to increase while many speculate that the interest rates will continue to decline. Tiger 21 members, who have at least $10 million in investable assets, confirmed at a conference early this year that they have increased their real estate allocation to 21 percent because of the increased stability and potential for more consistent returns, reported Margaret Collins and David Levitt in the Bloomberg News.

Finally, unlike stocks, real estate investments provide leverage. Buying stocks requires investing the full value of the stock at the time of purchase. When purchasing real estate, only a percentage down is needed to obtain the property. Depending on where you live and the type of mortgage, the initial investment could range between 5-35 percent of the value. This gives the owner complete control of the entire property and the equity it holds with only a fraction of the value in an upfront investment.

Looking to the final quarter of 2014 and into 2015, real estate continues to be a solid and profitable alternative to traditional investing. Properties are a more interactive and time intensive investment route than stocks. But having an experienced property manager by your side can increase profitability and decrease stress. We would enjoy the opportunity to talk with you about your options for future investments and growth.

rpmtuc
Recent Posts
Connect With Us

We're not around right now. But you can send us an email and we'll get back to you, asap. 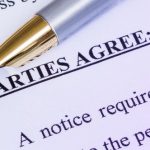 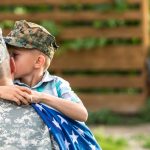